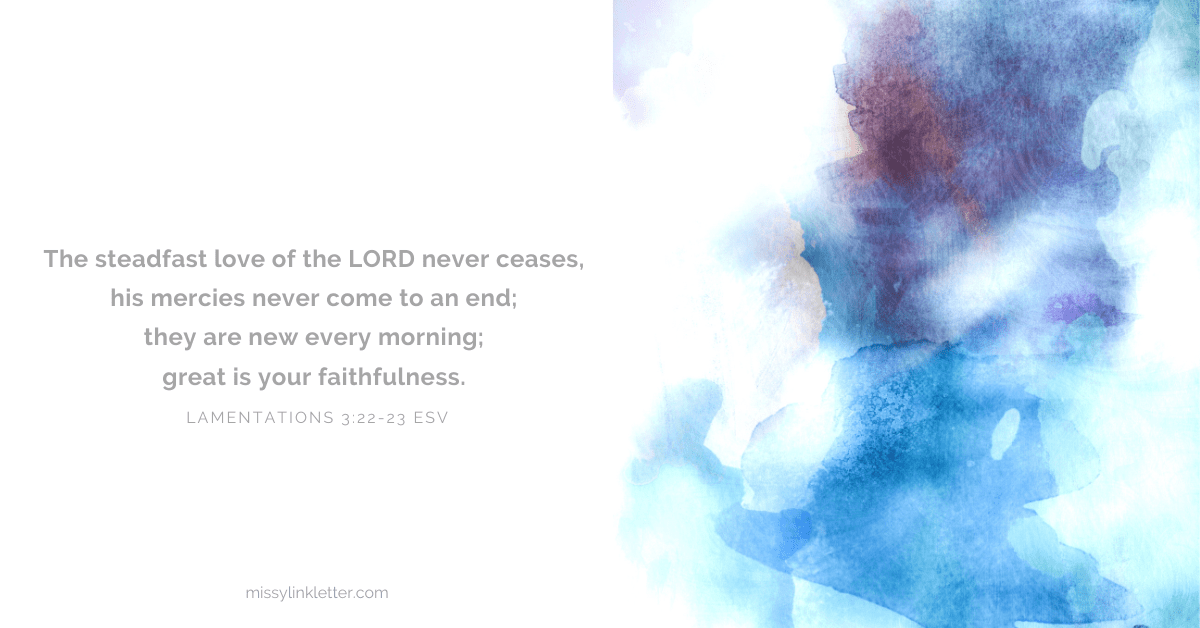 This morning, the birds serenaded me out of bed extra early. Grabbing my Bible and journal, I crept downstairs. After opening the blinds by my favorite blue chair, I headed to the kitchen for my first cup of coffee. None of this is ordinary, because 99% of the time, Tim wakes up first.

I had just a few minutes in the Word before I heard movement upstairs. Soon, our resident early riser, Luke, joined me. As he snuggled in next to me in my chair, his little hand started caressing the onion skin pages of my Bible that lay open on my lap. With his raspy morning voice, he began asking me questions about the Bible and what I was reading. After answering him, I asked him if he’d like me to read Psalm 18 aloud. With the shake of his head yes, I told him,

“This is a Psalm from King David.”
“King David? Who was he?” he asked.
“Remember David; he’s the one who fought Goliath?” I replied
“Oh, yeah.”
“Well, this is a Psalm he wrote. ”
“David, Luke David,” he said.
“Right, we named you after King David, Luke.”
“Why?”
“Because David was a man after God’s own heart, and that’s what we are praying for you.”

As I proceeded to read Psalm 18, he let out a contented sigh and snuggled in a little closer. There it was, that was the reason I awoke so early. It was for that sweet connection. Because a short while later that morning, Luke’s beta fish (who he talked to every night) died. And then to make matters worse, his turtle bit him drawing blood.

Typically, these two things together would have ruined his day. Because since losing Justin, little losses are expressed in considerable ways. But this time, while he was initially quite distraught, the day was not lost. To my surprise, after a short time, he moved on and enjoyed the rest of the morning.

My prayers are being answered right before my eyes. I am witnessing the Lord healing my little boy’s heart. And on this Monday, that gives me every reason to smile.

The steadfast love of the LORD never ceases, his mercies never come to an end; they are new every morning; great is your faithfulness. Lamentations 3:22-24 ESV